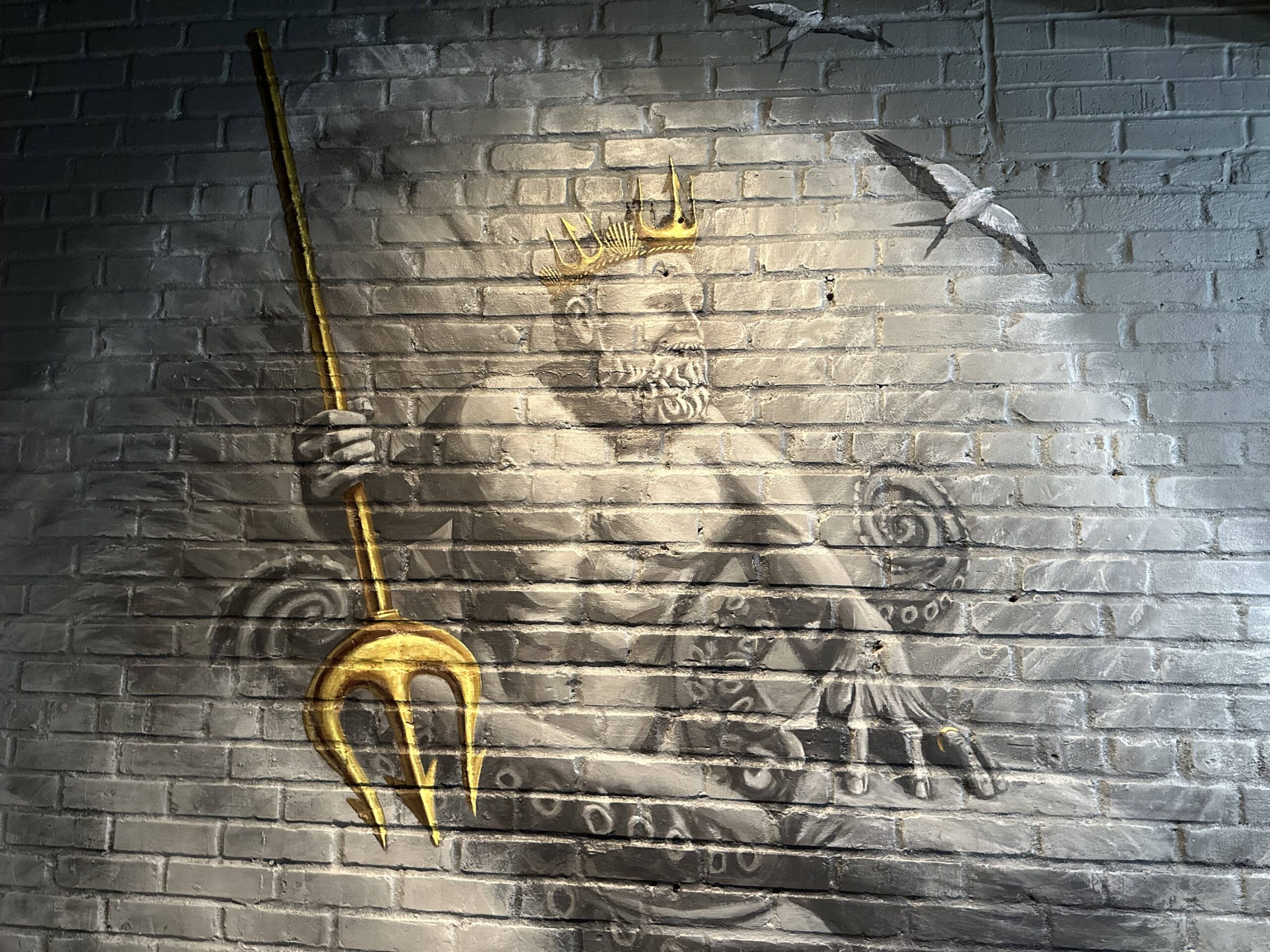 On the surface, this episode of the Delmarva’s Own podcast – which you can listen to here – may appear to be just another story about a local restaurant.

Its the story of one man’s legacy.

We never know how much time we have to leave a legacy. Sometimes leaving a legacy isn’t even the goal, and we’re blissfully unaware or unconcerned with the difference we’re making for our loved ones and community, unencumbered by a pressure to perform heroics. Instead, the best of us are driven forward by our love for the people who surround us. Some might even argue our legacy is defined by how history judges what we accomplished while among the living. Mogan’s Oyster House is Denny Mogan’s legacy, and history is proving to exhibit a life well-lived, a community well-loved and a job well done.

On a grand scale, history will look back to October of 2019 as one of the worst times to open a restaurant. But back then, we were all naïve to the coming pandemic. We were living our lives, activating business plans and life goals as we had been all along. For scores of hopeful restaurateurs opening a new business just before the pandemic hit, it was a matter of unfortunate timing. Restaurants around the country, both new and well-seasoned, closed by the thousands as they were unable to remain financially viable when the United States shut down into various states of quarantine.

But for some reason, as restaurants with decades of business success were shuttered, one of the newest eateries on Delmarva not only survived, but grew.

This episode is about the story of how on October 29, 2019, Denny finally opened Mogan’s Oyster House on Main Street in Salisbury, Maryland, how it thrived during the pandemic and a devastating medical diagnosis of ALS (or Lou Gehrig’s Disease) for the owner, and how they continue to be a local favorite. 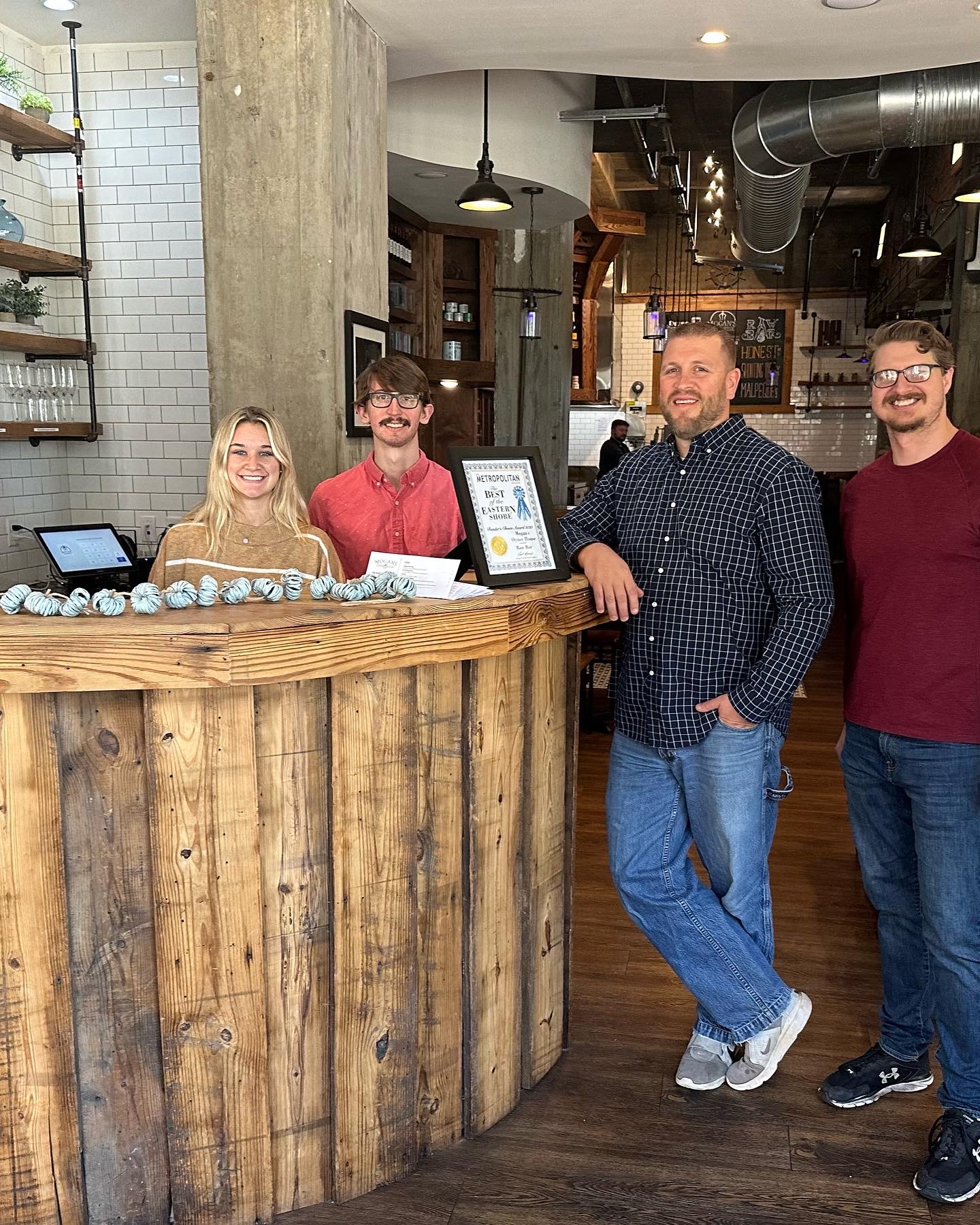 We were joined by the General Manager of Mogan’s Oyster House, Mike Daly. Mike is a life long resident of Delmarva and calls Salisbury home. His industry expertise and love for his place of employment shone clear as he reminisced about the early days of Mogan’s, his time learning about the restaurant industry while living in New York city as he chased Broadway dreams, and how he brought his expertise to grease the inner workings of Mogan’s.

Mike told us that one of the reason’s Mogan’s was able to weather the COVID-19 storm was due to the fact that the establishment was still in the process of learning just how the daily operations would work. “We took the same hit that everybody else in the world took, but because we were so new, when we had to adjust all of the protocols, nothing was so entrenched or established that we couldn’t just turn on a dime and do it.” But mostly, Mike conceded, “It was Denny.” A lifetime Salisbury resident, Denny had spent 3 decades putting down strong roots in the restaurant business, and the community support pulled them through what would have otherwise been tougher days.

As for Daly joining the team, he tells Randy and me that when he initially walked through the door, he just was just hoping for a place to tend bar. But his resume proved to be of greater depth than even Mike knew. Denny took close look at Mike’s work history, saw vast potential in another local guy, and made him an offer he wasn’t expecting. “He took one look at my resume and was like, ‘I’m looking for a GM [General Manager], do you think you might want to…’ and all of the sudden my bartending interview turned into a GM interview. It just sort of went from there.” Just like that, Mike jumped feet first into the fledgling endeavor.

As mentioned above, Daly’s initial interest was due in large part to the knowledge he had about the beverage industry. It remains a passion of his, and he works to make sure Mogan’s beverage list – from the wine, to cocktails, to beers on tap or in the cooler – is on par with the food offerings.

Mike explained that the days of simple wine pairings – white wine with chicken and red wine with red meat – are behind us. Our palates are developing in sophistication as the wines blossom into the thousands of varieties available for our enjoyment. Each employee at Mogan’s receives in depth training as to what pairing may be best with a given meal. Mike has a similar view of beer offerings. “When I was put in charge of the beer list, I wanted it to be specifically local (patrons will find Burnish and RAR offerings among other local favorites) and specifically seasonal (pumpkin spice in the fall, anyone?) Thanks to Mike’s insistence, you can always get a [Baltimore’s own] National Bohemian for $3, and of course there will always be a stock of Natty Light which, although it is not the creation of a local brewery, has come to be loved so much on the Eastern Shore that it’s sometimes referred to as, “Eastern Shore Champagne.”

When we talk about drink pairings of course, we’re referring to what will go well with the food.

One of the benefits of having a restaurant as a podcast guest is we get to sample the goods. And, good they were!  About a third of the way through our conversation with Daly, Culinary Director Allison Porter joined us with a platter full of Mogan’s delicacies. Porter leads a team including Executive Chef Christian Ortiz, and Sous Chef Jacob Benzin, and what she brought out to us was a combination of their creative, culinary expertise. To give a run down of all of them in this space would be a bit cumbersome, so we’ll point you in the direction the podcast episode. But, just in case you’re currently sitting at Mogan’s reading this wondering what to order, we’re here for you with some recommendations.

Obviously, there’s no better place to get Oysters. If you’ve never been brave enough to give raw oysters a try, now is the time even if it’s just to say you did it. You might be surprised! If you’re unsure how to jump in to the world of raw oysters, just ask the staff for some help deciding on which flavor to try. They’re as knowledgeable here as they are with the wine or beer list. If you prefer cooked oysters, you’ll be pleased. My wife always starts her Mogan’s meal with Oysters Rockefeller, a Pernod infused creamy combination of spinach, parmesan and herbs. I go with the buffalo flavored myself, because, well…buffalo anything is a “go” for me. Prefer a grilled oyster? Will it be Garlic Parmesan or Umami for you? Want fried Oysters?

Well, you get the point… and I’m getting carried away.

After the oysters, consider giving the Double Crunch Wedge Salad a try. This creation of iceberg lettuce, pickled onions and peppers, sunflower seeds, and Green Goddess dressing is something Mike Daly says he enjoys watching people eat for the first time. You can hear Randy’s first bite at the 29:06 point in the podcast. I swear, this podcast never sounded better.

While we’re talking about the perfect crunch, let’s move on to our recommendation for the main course, the Rich Boy. The Rich Boy – most definitely named as a play on the Po’ boy – is a creation of Sous Chef Jake Benzin. This dish is offered with either flash fried shrimp or scallops and is topped with curry mayo, pineapple salsa, basil, and the perfectly toasted split-top roll. And, I mean perfectly toasted. Try it, you’ll see what I mean.

Oh, and when they ask you if you want the fries as a side, the answer you’re searching for is, “yes.” Always go with the fries. You’ll be glad you did.

Having provided the above recommendations, I’m going to admit when I go to Mogan’s, which is more often than than I can keep track of, I order the burger. There are a couple reasons for this. First, I like burgers, and at a restaurant that cares about its food offerings as much as Mogan’s does, they’re always well prepared and never slapped together as an after-thought. Second, much like the entire menu, the hamburger offerings are never stagnant, with a new recipe each and every day. You could get the burger at lunch every day and never have the same experience twice in one week.

But, then again, is there anything officially wrong with eating at the same restaurant more than once a week?

As talented and capable as Denny Mogan was, when the planning for the restaurant began, Denny had the foresight to include his brother, Brad. With formal training in culinary arts (Johnson and Wales University) and award winning experience in the restaurant industry, Brad brought a wealth of knowledge to the table literally and figuratively. Don’t take my word for it. In a 2018 review of his own restaurant in Charleston, South Carolina, a professional reviewer referred to Brad as one of the city’s “front-of-the-house greats.” Involving Brad in the foundation of the restaurant was a no-brainer. As Denny battled his terminal disease, Brad stepped up to fill in as Denny’s physical ability to be a part of the restaurant waned. Eventually, at or around the time of Denny’s passing in January of 2021, Brad took over as the owner. Two years Denny’s junior, the transition was seamless for patrons, and Brad remains dedicated to keeping Denny’s legacy alive.

The Mogan’s dining experience is one you don’t want to miss. While the official address needed to direct your GPS to Mogan’s Oyster House is 100 East Main Street in Salisbury, Maryland, you’ll find their front door just around the corner, on South Division Street.

Do you have a favorite dish at Mogan’s? Post it in the comments below!