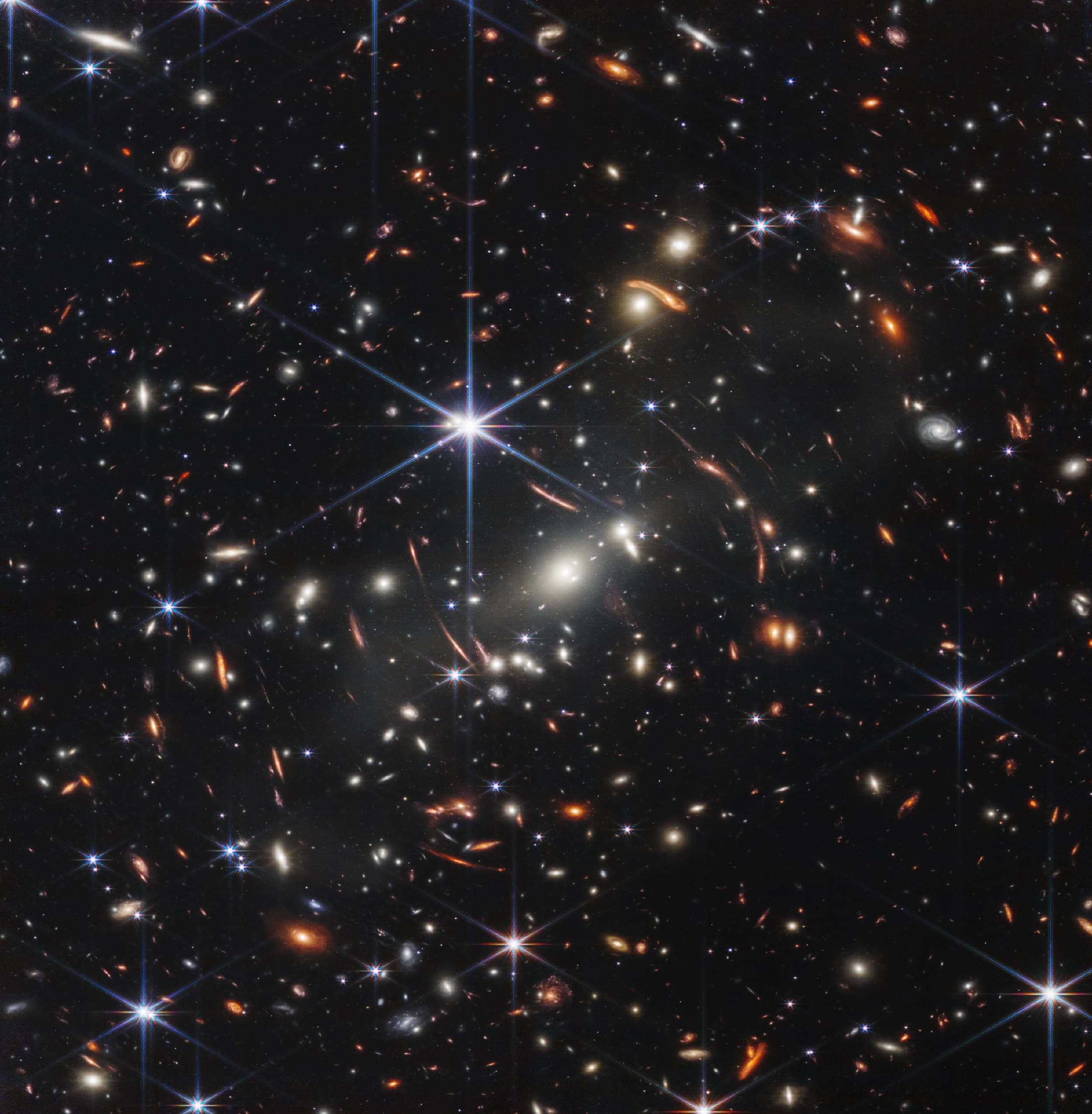 I’m fascinated by the night sky.

It’s not that I’m a closet astrologist or anything. It’s not like that.

When I look up at the night sky I’m fascinated because for the most part, it’s the same night sky all of humanity has looked up and seen shining back at us. It’s an experience I can have in the same way Moses experienced it. I like to find tangible ways to connect with the people who have gone before us, and observing the night sky is one way I do this.

I can hear your response, “Well, actually, Moses could see more of the night sky because, you know…light pollution these days.”

You’d be right. But, then again, we can see far more than Moses could. Far more than he even knew existed.

I’m still in awe of the images coming to us from the James Webb Telescope. I don’t know how somebody can’t be, if they have just the slightest hint about what they’re looking at. To be honest, nobody has much more than the slightest hint of what we’re looking at. Not even the most informed physicist or astronomer or whatever. Because, it’s the vastness of the Universe which really comes into focus when we look at these pictures. As my friend put it in response to viewing them:

“Relax. You don’t know anything.”

The picture I chose for the top of this article isn’t the most beautiful we’ve received. But, I feel like it’s the simplest to understand, and it’s the one to which my mind keeps returning. The one that has added perspective to my infinitely small existence. This post is about why.

Scientists who understand this type of stuff have explained the size of the picture in relation to our sky this way: If you were to take a grain of sand and hold it up to the night sky, the portion of the sky that picture represents is smaller than the grain of sand.

No. The Universe is not just big, it is incomprehensible in size. I’m going to try to explain this as best I understand it.

In the picture above, there are some white lights with what appear to be “spikes.” Those are stars within our own galaxy – the Milky Way. By my count, there are 8 stars within the edges of the picture. (Actually, no. I just counted again and found 16. Perhaps there are more; I’m not going to keep counting.) These stars are the objects in the picture which are the closest to us. Neat, right? Well…

One of these stars is called Sol. Sol is what we commonly refer to as the sun, and it’s where we get the term for our planetary system – the SOLar system. In case you’ve forgotten, the planet earth is the third planet from the sun. It’s the third of 8 or 9 planets depending on who you ask. Scientists have discovered 500 other planetary systems in the neighborhood of our solar system. The closest planet outside our planetary system is 4.2 light years away. This means if we took a laser beam and pointed it at this other planet, it would take 4.2 years for the laser beam to reach the planet. (Our own sun, Sol, is 93 million miles away. It takes light from the sun roughly 8 and 1/3 minutes to reach earth.) Now, if we wanted to travel to this other planet at speeds available to us with today’s technology, it would take 6,300 years to get there.

And that’s the closest possible planetary system to our solar system.

With an estimated 100,000,000,000 other stars in our galaxy, there’s no telling how many other planetary systems there are.

(Just for fun, consider the science fiction show, Star Trek. In this show, the USS Enterprise searches for life, but only in our galaxy. The creators of the science fiction show stayed within the realm of our galaxy, because travelling the Universe isn’t something we can seriously consider doing – even if we’re just pretending. It’s just too far-fetched. Even Star Wars, which takes place in a a long time ago in a galaxy far, far away still only took place in one galaxy.)

Now, back to the picture. If we ignore those 8 or 16 or however many stars in the picture, and look beyond them we see hundreds (thousands?…I didn’t even try to count) of colorful though blurry spots. These spots are other galaxies.

Thousands of them, pictured within one section of our sky the size of a grain of sand.

Ladies and gentlemen, my friend was right. We know nothing. And, I’m fascinated by what we do not know.

So what does this have to do with how I understand the Bible?

Inasmuch as we know little about the Universe, the people who wrote the books contained in my leather-bound NIV (New International Version) Bible knew less than we do. They understood the heavenly bodies to not be all that far away – stars as pinpricks of light to navigate trails after sunset. They knew nothing of gravity, planetary systems, that our sun is one of 100,000,000,000 different stars in our galaxy, or that a galaxy is a thing. Light was just light. It didn’t take any time to travel anywhere. It simply illuminated. They believed the sun revolved around the earth. Their Universe was earth-centric.

They composed their words now contained in the Bible as a way to understand the world around them in the best way they could. This “group” of people was one that traveled on foot, or camel if they really needed to get a move on. It certainly wasn’t by car, or even bicycle. Light speed? What’s that?

Because, when it comes to the Universe, I know more than the writers of the scriptures did.

So do you, even though we know nothing.

So, I look up at the night sky with a new understanding of what I can’t even see with the naked eye. I look with awe and great expectation for what we will learn and what those who follow us will learn.

Oh, Moses, if only you knew what you didn’t know.